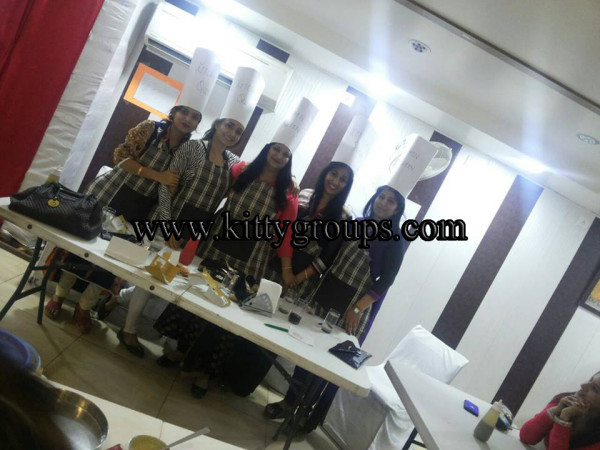 I had to organize my kitty party in the month of April and we didn’t want to have any more Baisakhi theme kitty party or the Gangaur Theme Kitty Party, so I decided to keep something different this time and after thinking for a while landed with the idea of arranging the Kitchen theme kitty party. Kitchen Queen was the theme of my latest kitty party and all my friends had a good time playing the kitchen theme related games. I didn’t keep any dress code for the theme party,  but all my games were taken from Kitchen Ideas. 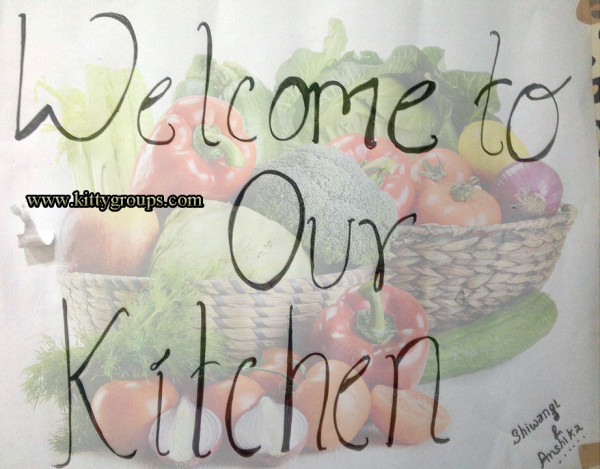 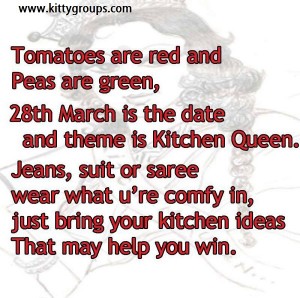 Me and my co-host reached the party hall before the members and decorated it with some vegetables, fruits, utensils, gas stoves to give it a kitchen look. We also designed a few chart papers with a message like ‘Welcome to our Kitchen’ for the decoration of the party hall.

As we have around 20 members in our kitty party, we always divide them into teams. I decided my members into three teams named- Thali, Katori and Chamcha.

To choose the lucky lady among 20 members, we decided to have everyone’s signatures. We took a chart paper and made a small heart in the center and then pasted one white drawing over it. As the members arrived we asked everyone to sign on the white sheet. At the end of the kitty, we took off the white sheet and the member whose signature was nearest to the heart won the lucky lady prize. 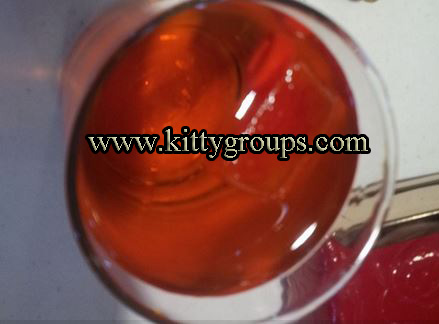 I brought the kitchen aprons and large beer mugs as the team gifts, potato cutter as lucky lady gift and dry fruit slicer as the punctuality gift. In the end, we calculated the total scores and gave the gifts accordingly. The first team got the apron, chef caps, and mugs while the runner-up team got the packets of Maggi.