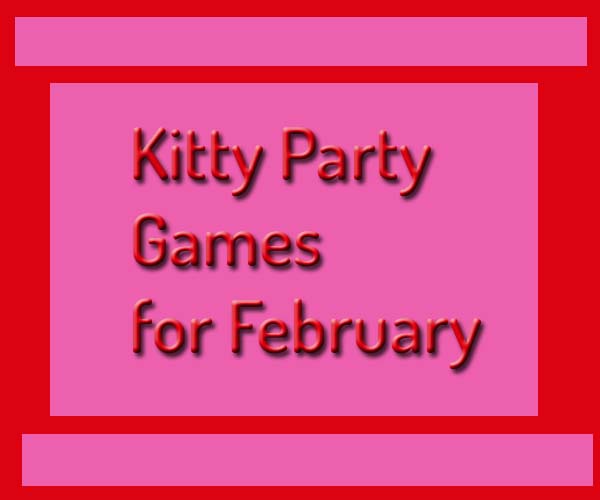 Musical Extravaganza– This is basically a written game where you need just the plain papers and pens for your players and nothing else. The best part is that its not an individual game and you can play it with all your team members altogether.

In this game, the host will keep saying the random words related to love and valentines and the players have to write the songs from those words. The member who writes the maximum songs in one minute with the given words will win the game.

Valentine Puzzle- This is a pretty common game but suits well to the theme of love. To play this game in your kitty party you need to make some sips in heart shape and write the random alphabets on them. Make sure you make too many slips. The challenge for the playing members is to make the Love Related Words using those slips. The member who makes the maximum number of words will be the winner.

This is a very simple game but suits well to your Valentines Day kitty party. All you need to do is to give three dices to the ladies one by one and they will throw the dice. The lady who gets a total of 14 in her dices will be the winner and will get the prize of the lucky lady in your Valentine’s Day Theme Kitty Party.

If you get two or more winners, you can take the lucky chit from them or can make them play again. 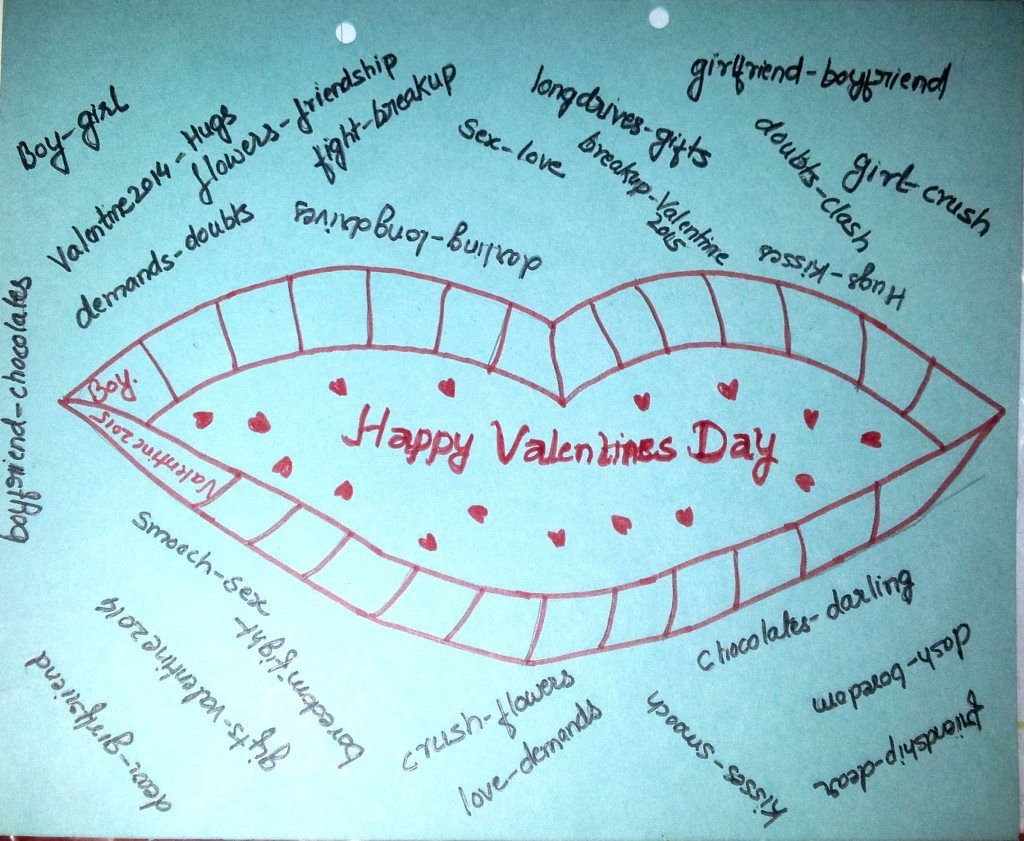 Check out the image here to know the game. You can see a shape of lips here with some blank boxes and many other words scattered around the lips. Now what you have to do is to connect these words and write them in the blanks. The game will start with the word ‘boy’ and will end at the word ‘Valentines 2015’.

This kitty paper party games in Hindi, however, suits Valentine’s day more, but you can play it in any of your ladies’ kitty party or even in the couple kitty party. This game is absolutely fun and interesting to play. The game is not that simple to play as it seems to be. The players have to focus on the words properly to get the correct string of words. One wrong word can make the whole game wrong.

It is a naughty dart game and the dartboard will be hilarious. Make a cutout of an overweight lady lying down in a yellow bikini. Some major sexy parts of the lady had points, for example, her thighs had 150 points, her over bulging belly had 200 points, and some other (CENSORED) parts had more points. Hosts will call the players one by one to play this game and players have to collect the points by throwing darts on the body parts. The member who scores the maximum points will obviously be the winner.

This is a group game to be played with a ball or a balloon. All members will stand in a row and first member passes the ball over her head to the member standing behind her, second member then passed the ball to next member between her legs, then again above head and so on. The last member was supposed to run in front again and pass the ball in the same way. It was a one minute game and we cracked 8 rounds and unfortunately, the winning team scored 9 rounds.

This is a written game for your Basant Panchami theme kitty party and you have to make a grid of letters which will include the Basant Panchami Words and the members who find the maximum number of words will be the winner.

It is a simple one-minute party game and can be played even with old aged ladies. Do give a clutch-er or a rubber band to the ladies who are in open hair. They can be seated in their chairs and play this game. The host can take the tray with a bowl of flowers and toothpicks to each player individually. We played this game in our flower theme kitty party and it was good fun.