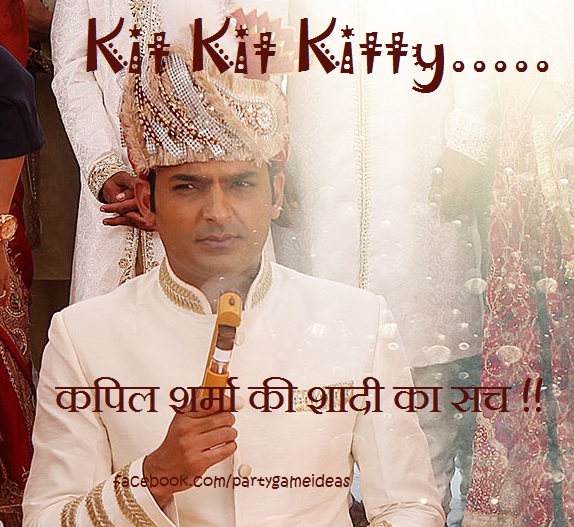 We all know, comedian Kapil Sharma is not hosting his show Comedy Nights With Kapil these days, but no one knows that what is the reason behind that. Recently leaked photo over the social media however, shows that the comedian Kapil sharma is getting married. So is this the reason behind Sajid Khan and Arshad Varsi hosting the show from last two episodes? We are not sure about it but the picture leaked over the internet shows the comedy king dressed as a bridegroom.

Is Kapil Sharma Getting Married?

Kapil Sharma is a leading comedian of our country and has gained huge popularity in recent years. The show Comedy Nights With Kapil is watched and loved worldwide.

While this picture doesn’t says all, it could be a scene from his upcoming film Kis Kis Ko Pyar Karu or might be a scene from some of his advertisements or show episodes. Stay tuned to Kitty Groups Online for more update on the same.