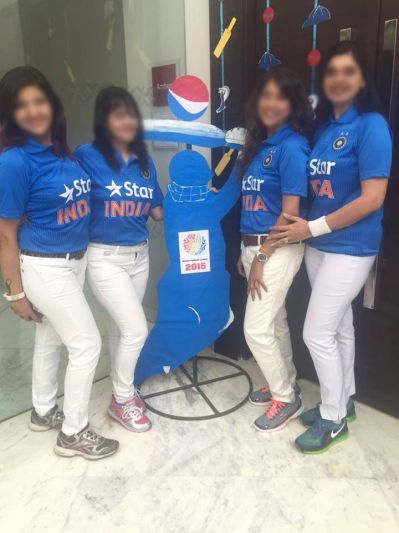 We recently had an IPL Theme Kitty Party in our group. Being the IPL season, the theme was perfectly suitable for the month of April. The party hall was beautifully decorated with the theme decors and danglers. The walls were decorated with beautiful danglers showing bats, balls, and other cricket accessories. There were cutouts of some famous IPL players all over in the hall. And above all was the pitch which was made in the centre of the hall. The teams names were on the IPL Teams like Chennai Super Kings, Rajasthan Royals etc. We had 8 teams with 7 members in each team. 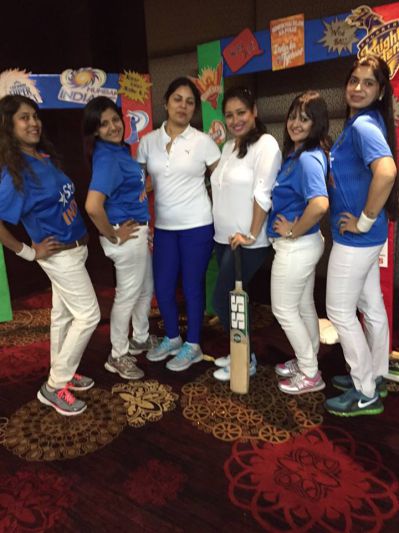 All members were asked to wear a white top with a blue lower for the IPL theme kitty. The hosts however were dressed up in blue IPL tees and white lowers.

All the games scores were added in the end and the team who scored maximum points was declared as the winning team. Some other prizes were best team, man of the match etc. 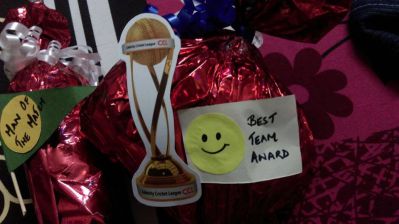 Overall, it was a very nice and interesting theme for the IPL season. The games were played very nicely and the party ended with great fun.

Do leave your comments below if you liked the theme idea and also feel free to ask if you have any questions regarding your kitty party games and ideas.