The Chocolate Game For Kids Party

It is one of the most popular kids party games. This game is also named as Chocolate Boggle and is often played at Children’s parties. To play this game, you may need a chocolate bar, a plate, a set of simple clothes like scarf, coat and a hat, a die and a few gift wrappers. Keep the chocolate bar in its original wrapper and wrap it with several layers of wrappers. Make the children sit in a circle and give them the die and the plate. Every child will roll the die and the player who gets a six, will shout SIX and run to unwrap the chocolate. He first has to wear the cloth items to unwrap the gift. Meanwhile, other children sitting in the circle will keep rolling the die. If someone gets a SIX he/she will run to unwrap the chocolate and the first one will come and sit on his place. The player who unwraps the last wrapper will get the gift.

This is one of the funniest kids party games and is a great way to keep the kids engaged for some time. To play this game, you have to divide the kids into two teams. You will need two colored balloons for this game, one for each team. Divide the team and give every child a balloon of their team color. Now the challenge is to defend their own treasure while destroying other team’s treasure( balloons). This is a 5 minutes play, which means both teams will get 5 minutes to destroy other team’s balloons. After five minutes, the team having maximum balloons left will be the winner. 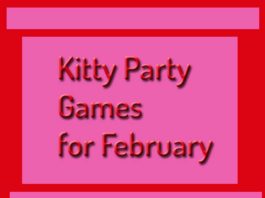