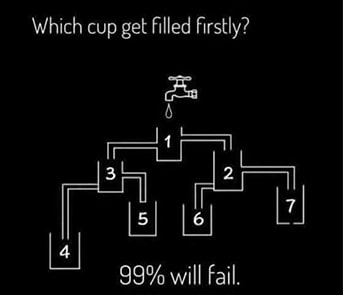 So, the latest WhatsApp puzzle buzzing around is “Which Cup Get Filled Firstly “. In this puzzle, we get a picture with 7 interconnected cups and a tap opened and we have to guess which cup will fill first. So check this out- 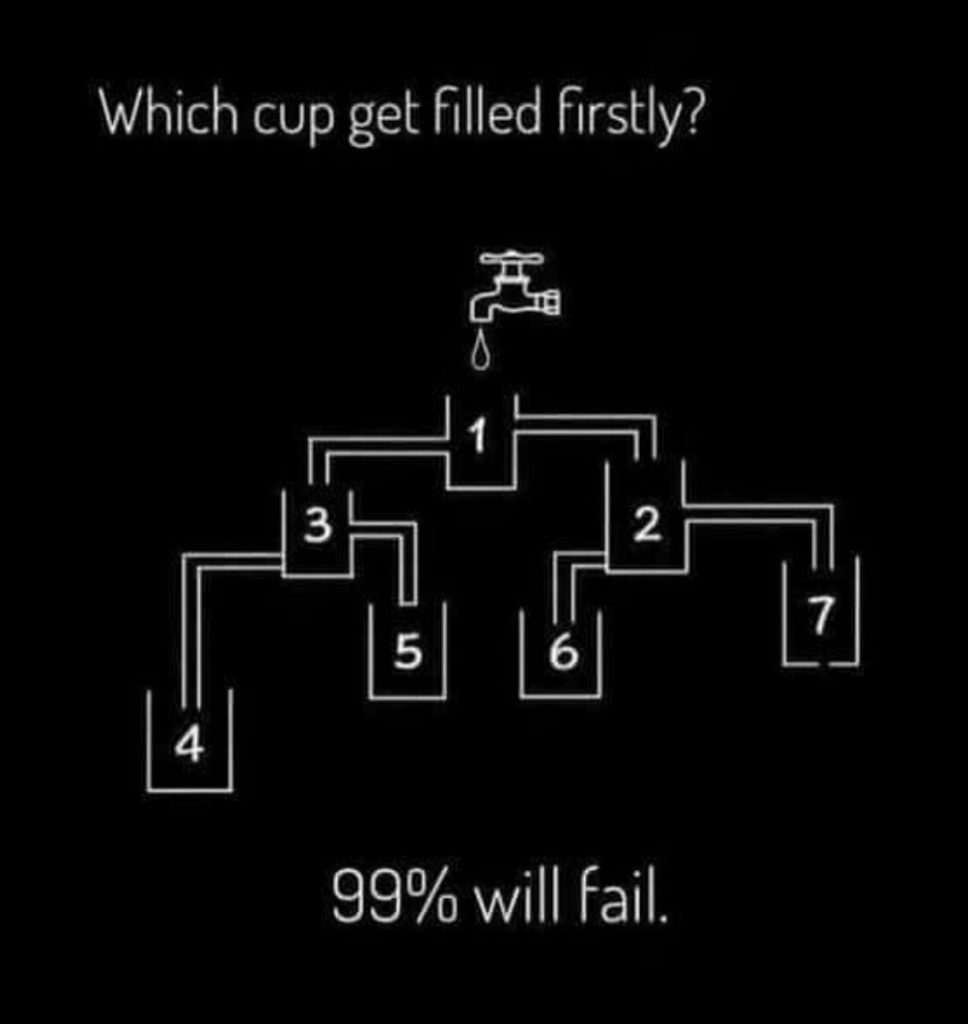 This is the picture we get which has a tagline “99% will fail”, thus we have to try it and have to give the correct answer and prove that we are among the 1% who pass this test.

So according to this picture, Cup 3 will fill first, because it is connected to Cup 1 which has a lower opening to it. Though at first look we will feel that Cup 4 will fill first but then on closer look, we notice that the pipe from 3 to 4 has no opening at all. Some people may answer Cup 7, BUT that will be wrong because the pipe to Cup 2 is an upper end of Cup 1 and yeah moreover Cup 7 has a hole.

This is where the bouncer comes in, the person who asked the question will send you another picture saying that 3 is the wrong answer and the correct answer is 8.

WAIT! Where the hell is Cup 8 in this picture?

Yes, you are right there is no Cup 8 in this picture but the next picture we get is an edited one with a different pipe arrangement and with 8 cups instead of 7.

This is the second picture- 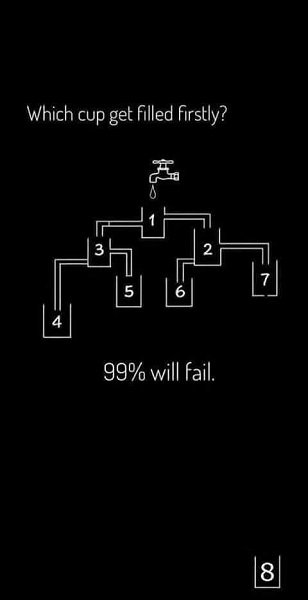 Now, when we look at this picture, Cup 8 will fill first. The pipe arrangement is totally different here, the pipe to Cup 3 is blocked so your answer 3 will be stated as wrong.

So, basically, its a tricky question where the sender sends you two different pictures and when you say that the answer is Cup 3 according to the first pic they will send you the second picture saying, YOU ARE WRONG and the answer is Cup 8.