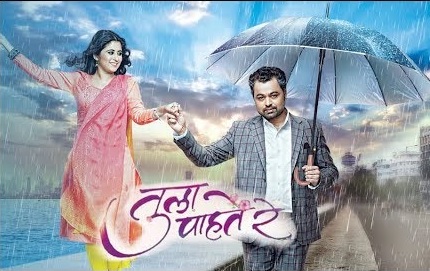 It is currently one of the most popular shows on Zee Marathi for its different concept and a wonderful cast. Renowned Marathi actor Subodh Bhave has made his comeback on small screen with this TV series and this indeed helped the show some good buzz.

The basic storyline of the TV series is a love story of a middle-aged man with a girl almost half of his age. Subodh Bhave is playing the lead character Vikram, who is a   businessman and falls in love with a young pretty girl Isha played by Gayatri Datar. Gayatri is making her debut with this TV series. Though there is a sizable age difference between the lead characters, their heartfelt chemistry on screen is something that makes us believe in this unconventional love story.

It would certainly be interesting to see how the things move forward. Subodh Bhave is already one of the favorite actors of Marathi audience. He earlier played and was loved for his role of a tough boss outside but a soft-hearted man inside in a show named Ka Re Durava. Now, after two years, he returns to the small screen with this Zee Marathi serial.

The promos of the TV show is on and is gaining good buzz in the media and have an incredibly rich visual appeal to it too. The makers are yet to make any revelation about the show except sharing the promos of it. Subodh, having rocked M-Town films, is expected to unleash his magnetic screen presence and acting skills on the small screen. For those who lack the time to watch TV, they can also watch Tula Pahate Re on ZEE5 anytime. Apart from this new show, you can also watch other popular Marathi serials from the ZEE network and hit movies online on ZEE5. With the best in Marathi movies and TV shows available to me at my fingertips, my chill time plans are sorted for a while now. What about you? Which new show are you excited about? Let me know in the comments. 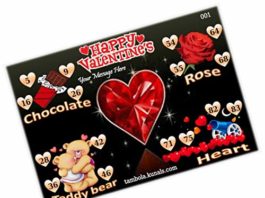 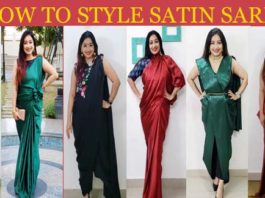 6 Best Ways To Style Satin Saree And Look Fashionable And...