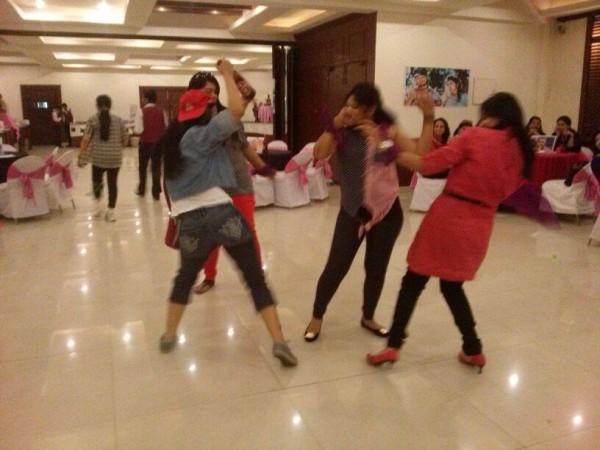 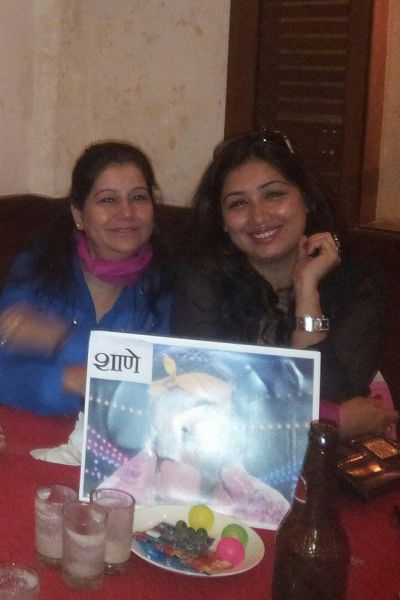 The party hall was well decorated with the posters of Bollywood movies based on taporis. There were posters of Indian actors like Salman Khan, AAmir Khan, Nana Patekar etc all around and what caught the eye of every member was the old truck tires laid right at the entrance enclosing a carom board. All tables were decorated with emptied beer bottles, cigarettes, posters etc. It was the perfect scenario for the tapori theme kitty party. We all were asked to dress like a tapori and most of the members were dressed accordingly. Ladies were clad in short capris, denims, caps, tapori chains, torn t-shirts, scarf around the neck and much more. 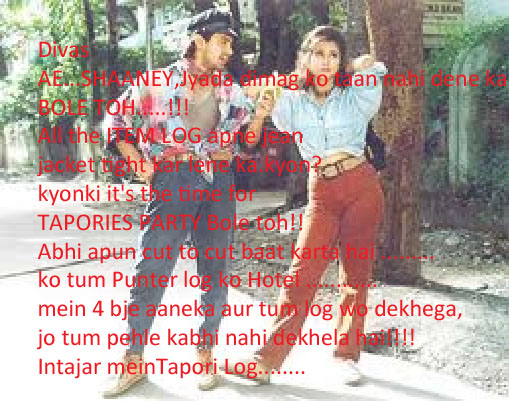 We are 100 members in the club out of which around 70 are present every month. Usually we divide the members in ten teams which 7 members each or may also increase or decrease the number of teams according to the strength of club. So for the tapori theme party our members were divided into 8 teams which 7-8 members each. The teams were given the names like punters, shane, tapori, lafange etc. When we entered the hall we were given a beedi each and strictly instructed to talk only in the tapori language. It was an activity and the hosts asked us to take the beedi of a member who talks in English or say any word of English. We all were pretty cautious about our language and tone throughout the club meet. I love their party theme ideas. Well after all members came the hosts started the games and activities by blowing a whistle.

Game#1 Handi Fod – First game was about breaking a handi (pot) hanging in the middle of the hall. Whole team was called to play the game where one of the members was blindfolded and other were supposed to direct the blindfolded member to the handi. The other team members were allowed to say only hindi words like aage, pichu, daye, baaye etc. In our team I was blindfolded and other members were guiding me with their tapori signals. I hit the Handi in some 35 second(approx).

Game #2 Paper Game- Next game was a paper game where each team was given a paper and the time limit of one minute. We were asked to write the tapori words in one minutes like halkat, bole toh, satak le, watak le etc etc. The team who wrote the maximum correct words won the game.

Game #3 –Next game was a sequence game and the team who finished the sequence in minimum time won the points. The game sequence include dodging the ball, taking out coins from the pot and pointing the balls settled over the bottles. 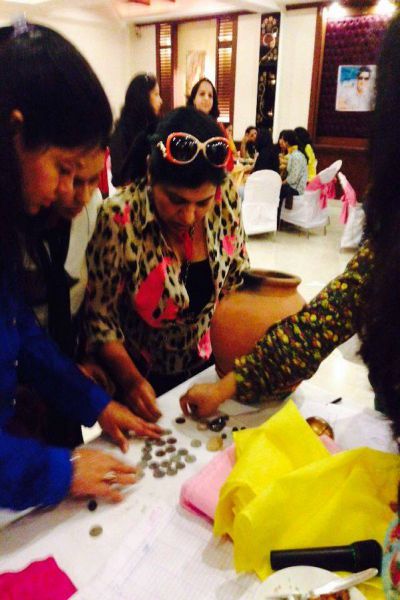 As a team one member will first dodge the ball for 20 times and as soon as she is done next member will take out the coins from a pot which had many other things like buttons, stones, marbles etc. she was supposed to take 20 rs in one shot as soon as she was done the third member will target the balls with a catapult. 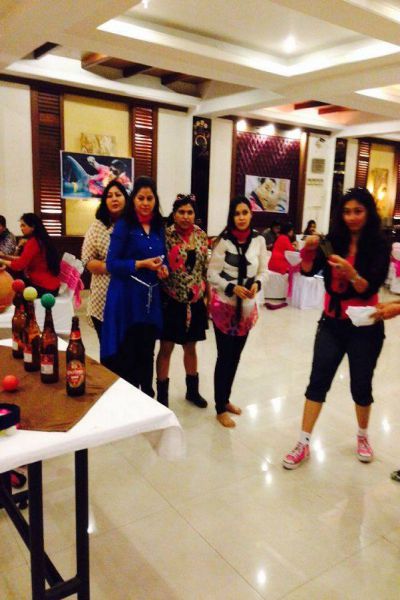 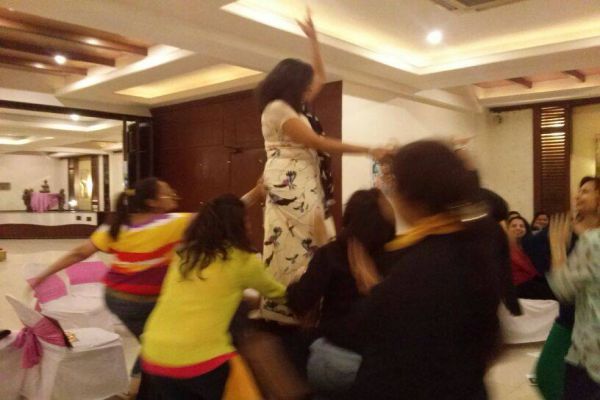 In this game the hosts had a few slips of Bollywood tapori songs like chinta ta chita chita, galdi baat, tamanche pe disco etc. They asked every team to pick a slip and dance on that particular song for a minute.

The team with best tapori moves was declared as the winner.

Game #5 Bidi Collection : The final activity was to check which tapori has the maximum number of bidis collected from other member who used English words while speaking. The food was served after the games and activities came to an end. Prizes were distributed to the winning teams, sadly we were not one of the winning teams, but no regrets because we had a great time and its all about the fun.

Thandai was kept as a welcome drink instead of soft drinks and the food menu included the items like idli sambhar, pao-bhaji, chole bhature, chowmein and gulab jamun. The party theme ideas and theme was very well organized and executed by the hosts and everyone had a great time being taporis. Have Fun.