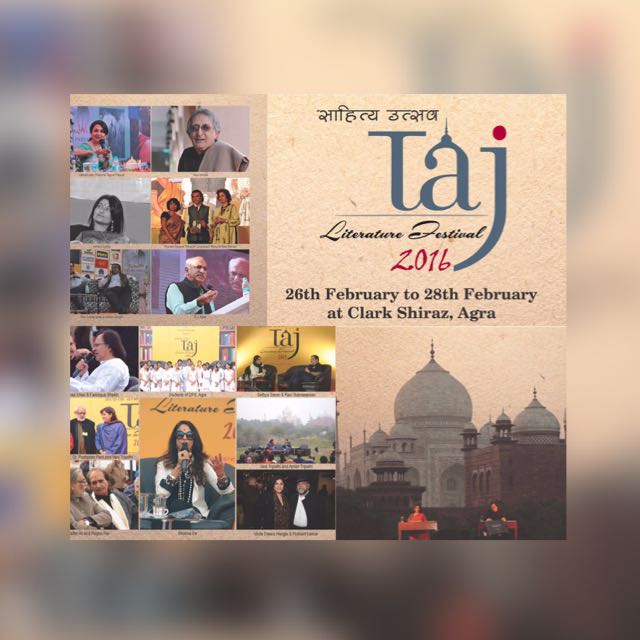 The 3rd edition of the Taj Literature Festival will be held in Agra from 26-28 February 2016. The 3-day festival this year seems to be much bigger and better than past two years. With a thought to accommodate people from varied interests, the TLF team this year has decided not to have a particular theme.

Continuing the legacy, the Taj Literature Festival this year will hold different sessions by celebrated personalities on a wide spectrum of subjects ranging from art to literature, music to philosophy, films to photography and politics to cooking.

This is the second time when TLF is being held in Agra. Harvijay Singh Bhatia, founder of TLF said in the official website, “Agra is an exquisite spectacle, an oasis of monuments, each a poetic verse of heavenly art and dignity, adorned like an angelic bride to capture every visitor’s heart.”

One of the major attraction at the Taj Literature Festival will be “Kaifi Aur Main” a play starring Shabana Azmi and lyricist Javed Akhtar. Some other ecstatic sessions will include a photography exhibition, Art exhibition, and an interactive session by Swami Ishwaranand Ji (a senior monk from Yogoda Satsang society of India) on Sri Sri Paramhansa Yogananda’s spiritual classic- ‘Autobiography of a Yogi’. 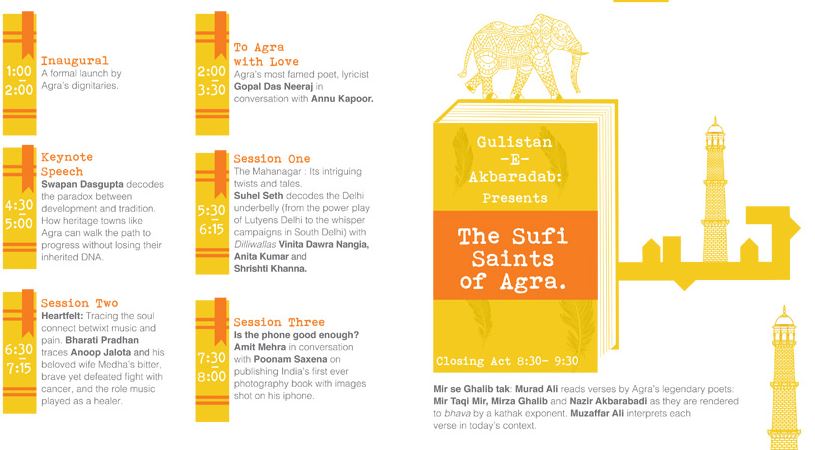 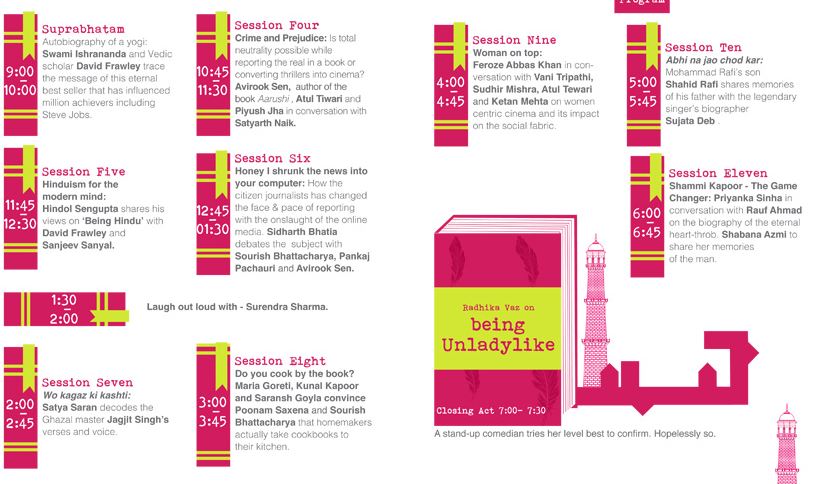 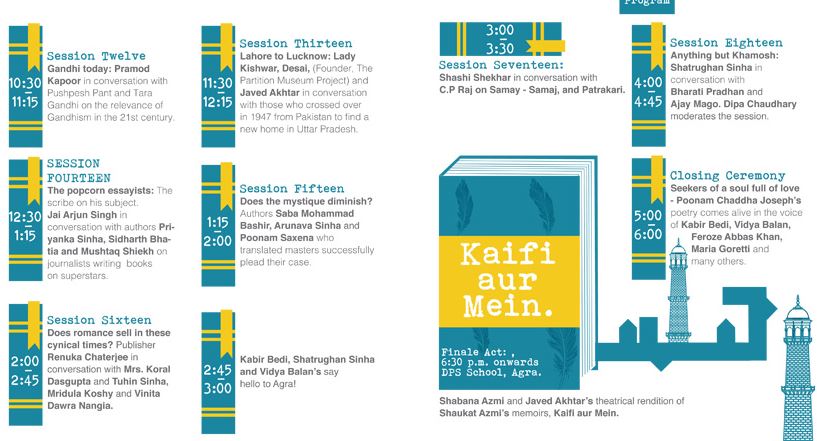 If you are a literature lover you can’t afford to miss the Glorious Taj Literature Festival 2016. Head over to the official website for more information on sessions and programs.