Summers Theme Kitty Party Games. We recently had our Diva club party and the theme was Thanda Thanda Cool Cool according to the summer season. There was no particular dress code but the members were asked to wear anything they would prefer in a summer season. The entire party hall was decorated with the shiny blue cloth and attractive hangings. As we were more than 50 members present there we were divided into teams and the team names were on fruits name like Melons, Lemon, Orange etc etc.

This was a very interesting tambola. The tickets were made in the fruit’s shape and were tired with a string on either side. We were asked to hang the fruits around our neck and the friend sitting on your next will cut your ticket. Every time your number is cut you have to utter the word OUCH loudly. The dividends here were Ouch Ouch Ho Gaya which was early five, Left Dabaya, Right Dabaya which were lines and Dono Dab Gaye was house.

Next game was a playing activity where we were given two soda bottles and some craft items like the colored sheets of paper, strings, glue, scissors, sequence etc. The task for the players was to decorate the bottle as a couple going to the beach. The time limit for this game was 5 minutes and the team who made the best beach couple won the prize. 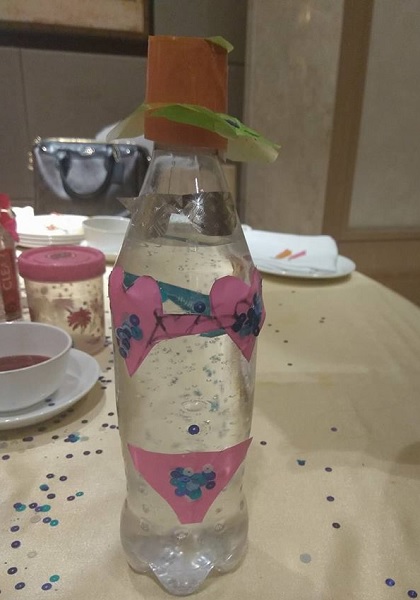 This was the third summers theme kitty party game and the challenge in this game was to take out the coins from a matki filled with lots and lots of ice cubes. Four members of one team played this game and the team who scored the maximum number of coins were the challenge. 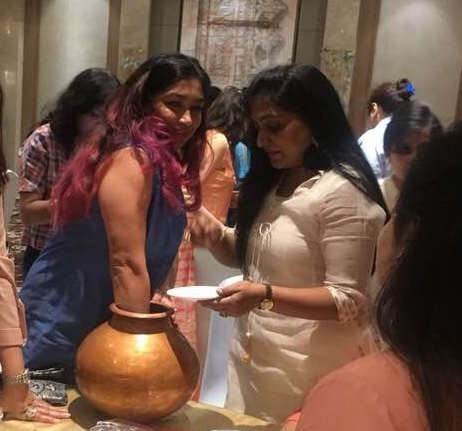 The hosts kept the juices as gifts for the summer theme kitty party which was very much suitable to the theme.