If you don’t like the idea of Kite Flying, no issues, I have many more ideas for your (Makar Sankranti ) Uttarayan Theme Kitty Party and the party games based on that idea.

For the (Makar Sankranti ) Uttarayan theme kitty party, or any other interesting kitty party themes you don’t just need the suitable Party Games but you also must  decorate your party hall with colorful kites and colorful duppattas. It will denote the fun of the festival. You can also cover the table with colorful mats and make some rangoli on the party hall floor to relate the decoration with the (Makar Sankranti ) Uttarayan theme of kitty party.

(Makar Sankranti ) Uttarayan has some of its special delicacies; you can add them all in your (Makar Sankranti ) Uttarayan theme kitty party. Some of the major cuisines that you can include in your kitty party are Khichu, Till ke laddo, Undhyu, Methi muthiya etc. You can find all these recipes in the Party Cuisine section. Pay you complete attention on cuisine also along with making good and exciting party games for kitty party.

Popcorn race- In this game you need two paper cups and a bag full of popcorns. You need to do bit preparations for this game. Make a hole in the paper cups from the base and tie a band to it so that the cup can be tied to the feet of the player. Give the starting line and keep a basket full of popcorns there. Tie the paper cups to each feet of the player. She/he then has to fill the paper cups with popcorns and move to the finishing line where you have kept an empty basket. They have to empty the cups in the basket and return to the starting line. Fill them again and move. You can give the time limit of 2 minutes for this game. The player who shifts the maximum popcorns wins the game. This is one of the most interesting game for the interesting kitty party themes.

Making kites– As I said (Makar Sankranti ) Uttarayan is closely related with Kites and you can also play some indoor games with kites. It is one of the most interesting kitty party themes for January. Call the player to the game table give some papers, scissors, glue, soft sticks and string. The player has to make some kites from the given material. It is a time taking game so you can call 3-4 players at a time. Give the time limit of 2 minutes. The player who manages to make maximum kites in 2 minutes bags this game.

Making Rangoli– Rangoli is also closely related to (Makar Sankranti ) Uttarayan and thus you can keep a game of making Rangoli in (Makar Sankranti ) Uttarayan theme kitty party. Give the time limit of 1 minute and some rangoli colors to the player and ask them to make swastic with rangoli colors. The player who manages to make maximum number of swastics in a minute will win this game. 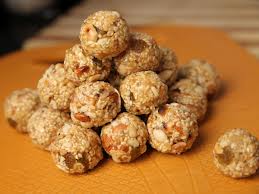 Gujarati Cuisines- You can add a paper game as well, where you can ask the players to write the names of Gujarati cuisine recipes in one minute.

Sort out the sesame- For the next you have to take two bowls and in one of them mix brown and black sesame seeds. The player has to pick the black sesame seeds and keep them in the second bowl. The time limit for this game is one minute.