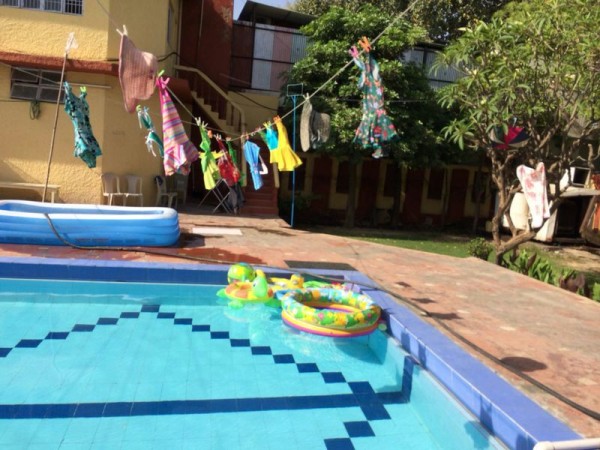 Kitty Party Theme For Summers . April, May, June, July and August are the summer months in India and if you are looking for some good and interesting kitty party themes for summers, try throwing a swimming pool kitty party this month. I am a member of one of the most gorgeous clubs of Agra and we had a pool party in the month of April. The party was wonderfully organized by the club members with awesome decorations, food and beverages, games and activities.

Lets all gather at Mayur’s swimmin pool
Coz its hot & summer time
So playing wid water is gonna b fine
To have fun, lets get wet & wild
Dance & party just like a child!!
Date of d party is 9th April9
Forget d heat, its time to chill
Time 4 d party is 3.30
Come on gals, Get ready to rock & roll

This was the invitations sent to all members of the club.

Decorations and Dress-code for Pool Kitty Party Theme For Summers

When we entered the party venue we were absolutely amused to see the wonderful decoration. The whole pool side was decorated with lovely colourful flowers, beach towels, beach umbrellas and much much more. What caught our attention were the enticing small bikinis hung all over the pool area and the wonderful rain dance stage. Excellent dance numbers were played by the DJ and the whole ambiance was astounding. 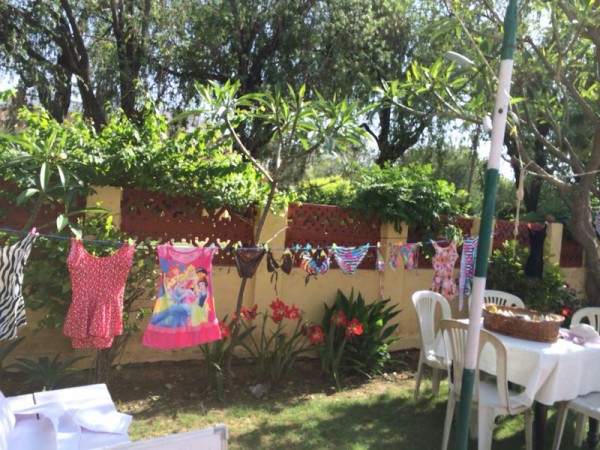 We were given the artificial flower garlands when we entered the hall and those garlands were actually the team denotions. We got the red garlands so we were in the red team. The teams were red, green, blue, pink, white and green. All members were dressed in colourful flowery outfits.

Games and Activities for Pool Kitty Party Theme For Summers

Game # 1 : The best activity was the rain dance and we had wonderful time dancing with our gorgeous and wonderful friends. While we were busy dancing the host announced the first game in the rain dance. The game was “Make a Gang and Win“. Make all your guests dance on the music and when the music stops , the host will call out a number like- 3, 4, 8, 10 or any number. The guests will then have to make a group of that many people. The guests who are not in the group will be out of the game and the music will start again. Then again the music will stop and host will call out a number. The game goes on like this until 2 members are left. There will be two winners in this game.

This was a team game and host brought six T-Shirts to play because we six teams. The T-shirts were packed a zip lock back, fill it with water and frozen. When the game began every team got a frozen t-shirt and the first person to get their frozen t-shirt out and put it on was the winner. We lost the game sadly but it was a great fun. We were allowed to frost the t-shirt by any means.

In this game all the teams were asked to get into the pool and were given a long and thick thread to each team. The hosts then threw many beads in the pool. There were all six coloured beads red, green, blue, pink, white, and yellow. We were asked to make garlands with those beads. As we were in red team we were asked to make as many red mala as we can. It was compulsory to use at least 10 beads for one mala and we won this game too.

Instead of the soft drinks we were served the fresh lime soda and the food included the evening snacks like pao-bhaji, chole bhature,gol gappe etc and deserts included kulfi.

The pool kitty party was full of fun, dance and masti. We all had great fun in the party and it was one of the best kitty parties I have ever attended.