This is a very interesting theme for your Kitty Party and could make your kitty party a hit. The best part about this kitty party theme is that you don’t need to collect many things for this. Almost everything is found in your own kitchen. Keep on reading to see the games you can arrange in this super exciting kitty party theme of kitchen Queen. First of all you have to divide the kitty members into two teams for this theme. You can keep the team names on any of the kitchen items such as names of some vegetables or say any utensils. It would be a fun.

You have to make any tasty dish for this game, let’s take a raita here. Use as many ingredients as you can in this dish. Call one member from each team and ask them to write the ingredients on a paper. This is a one minute game and thus keep your stopwatch ready before you start with this game. Member who writes the maximum correct answers get a point for her team.

This is a fun game and we enjoyed this game a lot, when played in our kitty party. For this game you need three middle sized baskets, a rope and many lemons. Keep one big basket full of lemons in the middle and keep the other two empty baskets on the either side of the playing members. Tie both the playing kitty members with the end of the rope {one end to member A’ waist and one to member B’s waist}. This is again a one minute game. Star the game with your stopwatch. Members have to take the lemons from the basket in the middle and throw them into their own baskets. Make sure that the rope you are using is pretty small so that the members pull each other while throwing the lemons in their baskets. You can also use the balls instead of lemons but I guess lemons would be more relevant to the theme. What say !! After the decided time limit, the member who manages to throw maximum number of lemons in her basket grabs a point for her team.

This game was again full of fun and thrill. We had great fun while playing this game in our kitty party. In this game again you have to call one member from each team and blindfold her. Keep any three small sized eatable on the table like, almonds, popcorn, peanuts etc. Now call one member from the opponent team and ask her to stand or sit anywhere in the kitty party hall. Now when the game begins the blindfolded member will take one eatable from the table and try to put it into the mouth of the opponent member sitting somewhere in the hall. The team members of the blindfolded member will guide her to move with their codes. {Note- they can use only the names of eatable for code of right->left->forward-> backward etc} The team has to decide their codes beforehand. The time limit in this game is two minute. The member who manage to put maximum number of eatables in the opponents mouth will grab a point for the team.

Pani puri is one of the most favorite dishes of women all over the world and thus it is a very interesting and exciting game. In this game you would need pani puri in good quantity. Call one member from each team and make them sit together in front of a table. Keep whole stock of pani puri on the table and start the stop watch. The member who eats maximum number of pani puri in one minute will get the point for this game.

Game 5- Make A Dish- In this game you need to give both the teams same ingredients. Ask the teams to make any two dishes using all the ingredients. Make sure that no ingredient is left over and also both team gets equal number and quantity of ingredients. Give them the time limit of 3 minutes and start the stop watch. Make it clear beforehand that you will give points for both taste and presentation. After the time finishes, just check which team has done well and give them a point.

After all the games are finished, total all the point of above games and declare the winner team. Have Fun!!! 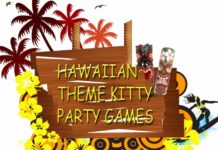 How To Make Paneer Kalia 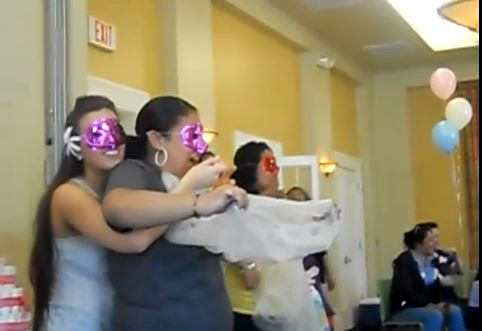 Baby Shower Games and Activities : Feed The Partner With Eye-Mask...