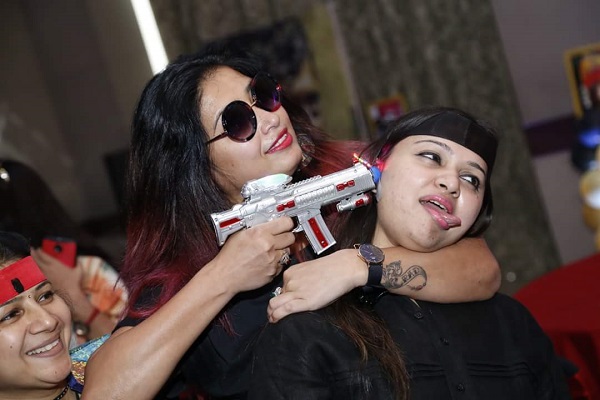 We had the gangster theme kitty party in our lions club last month and it was a very great and interesting theme party with amazing decorations and interesting games. Read on to know more about it. 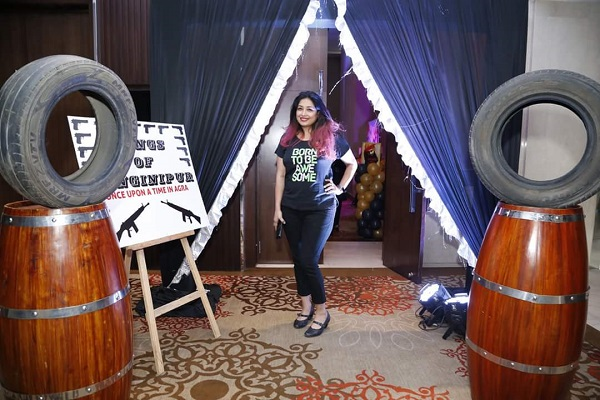 The main attraction was the gate which was decorated perfectly according to the theme. The entire hall was decorated with black and yellow balloons and the cutouts of the Bollywood villains. All over the halls were the props like toy guns, pistols, rifles, bombs etc. There were also the pictures of our club members morphed as decoits and gangsters, which was the part of a game. 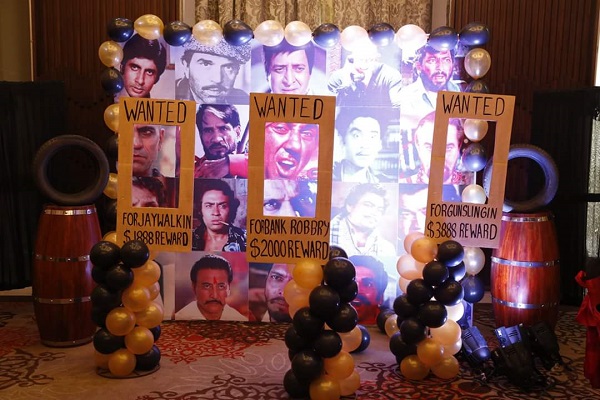 All our hosts were dresses in black pathani suit with a bullet belt which was a perfect gangster look. The dress code for general members was black, so wore a black tee with a plain black denim and black boots of course. 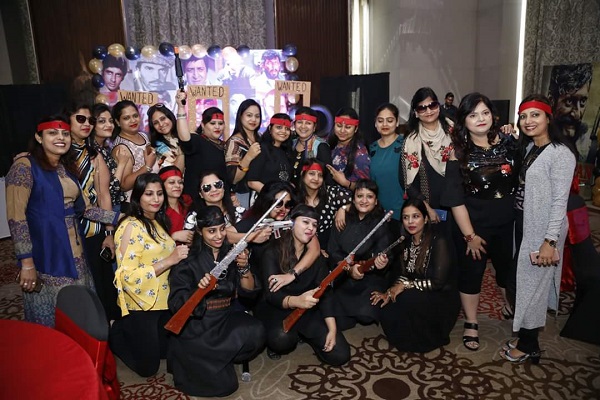 Get the dead body-

This was a team game in which the entire team had to make a line from their table to a box kept at the end of party hall which had a dead body. The members had to make a line using their belongings and reach to the box. The team who got hold of the dead body first was the winner. This was similar to my game make the longest line.

Find the bomb and burst it-

The bomb in this game was a balloon which was hidden somewhere in the hall and we were given some clue chits. We had to solve the puzzle to know where the so called bomb is hidden and had to burst it. And, guess what our team won this game.

Count the score and steal the money- 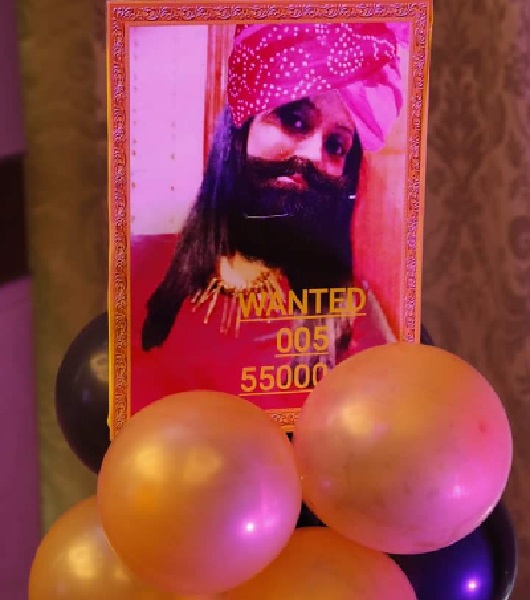 As shown in the image below there were images of our club members all around the hall with some particular score written in it. The game challenge was to recognize all the members and write down their scores in a paper. There was then a puzzle to solve and get a 4 digit code number, AND YES, Our team won this game too.

In this game all of the teams were given the stickers of their team names and one of our hosts was dancing in the center of the hall on song, jab tak hai jaane jaha from the movie sholay. The game challenge was here to stick the stickers on the dancing member’s body. It was quite a challenge because she was moving really fast and was also removing the stickers randomly. By the end of this game, the stickers on her body were counted and the team having maximum number of stickers won the game. Yes, LOL, I team won again.

This game was a paper puzzle game where we need to identify the Bollywood villains and the movie and write down the names in one minute. Huahahaha and we won again, so out of the five games we won four and yes we got the prize for the gangster theme kitty party. Here is the kitty party game sheet. 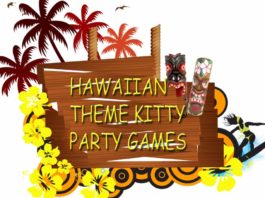