Air Raid : Mark a starting line and a finishing line for the game first. Now add 4-5 obstacles in between the staring and finishing points. For the obstacles you can use the small drums, empty or filled water tubs, tires, a small table etc. Make sure the obstacles are safe and not hurting. Give the opponent team a few water balloons, sponges, and a bucket filled with colored water. When the game begins, first team starts from the starting point and move towards the finishing point. Meanwhile the opponent team has to distract an disturb them by throwing the water balloons, water from water guns, wet sponges etc. The members of playing team touches the obstacles will be out. So the team whose maximum members manage to reach the ending point without touching obstacles will be the winning team. 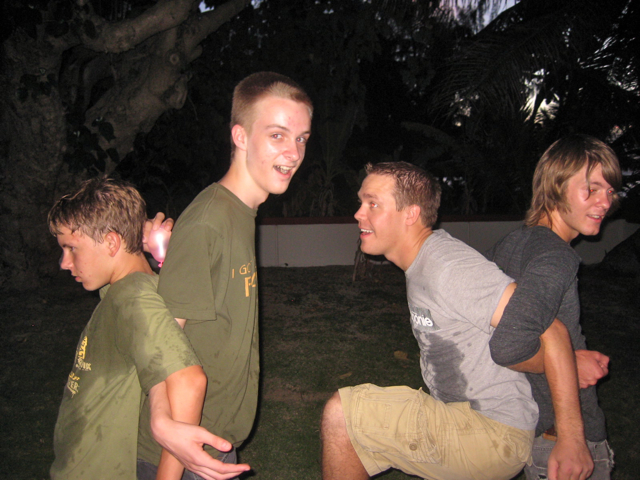 If you have a spacious open area for your teen party, this water game may suit you the best. The game might first seem to be very simple but creates a great fun when played with full energy and enthusiasm. To play this game first divide the teenager guests into two teams. Have the guests pair up within their team with a partner, back to back and linking arms. Place a water balloon between the two players. Have them carefully walk to a designated spot with a bucket. Together, they must get the water balloon in the bucket without popping it. After they run back, the next two players can go. The team with the most intact water balloons is the winner at the end. Image Credit: Image Credit : Pety’s island.

Up and Down balloon relay : 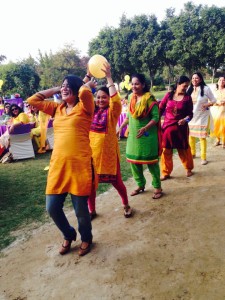 The nest game was to be played in your teens party is with big water balloons. All teenager guests will stand in a row and first member passed the balloon over the head to the member standing behind her/him, second member then passed the balloon to next member between her legs, then again above head and so on. The last member was supposed to run in front again and pass the balloon in the same way. It was a one minute game and team making maximum rounds will be the winning team. 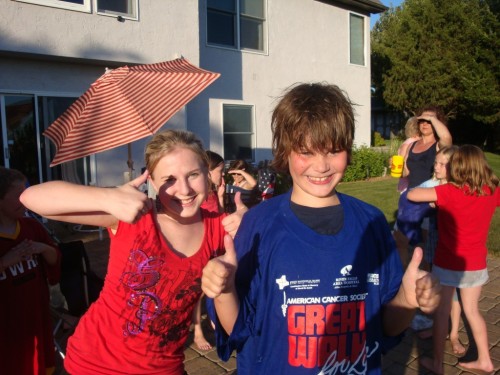 Collect the t-shirt according to the teenagers invited for the party. Keep those T-shirts in a zip lock back, fill it with water and freeze them before the party starts. When the game begins give every guest a t-shirt and the first person to get their frozen t-shirt out and put it on is the winner. Image Credit : Amomsyear

Try keeping these games in your teenager kids’s birthday party this year and watch the teens having fun with fun water games for teenagers.