Party Games For Men : Games are inevitable part of any party, since they sustain the mood of the party. Men usually don’t want to play games in parties because most of the games are girly types and men find them boring. But I have some very interesting and funny party games for men. Do hit the like button if you liked the games here and also feel free to leave a comment if you didn’t.

Noodle Up The Pasta

To play this game you need noodles and penne pastas. Call all the men in the playing area and give them one spaghetti noodle each. Now scatter many penne pastas on a table . The players have to pick the penne pasta from their noodle. A spaghetti can carry around 5 pastas. The player who manage to pick 5  pastas in noodle in one minute will be declared the winner of the game.

Ask all the men in your baby shower party to sit on chairs in a row, make sure that they are wearing the shoes with untied laces. Now give one big balloon to all men participating in this baby shower game. The men will now insert the inflated balloon in their T-Shirt, and as time starts they will tie their shoe laces and then get up and run with a vegetable basket to the finishing point. The man who comes first will win this party game. 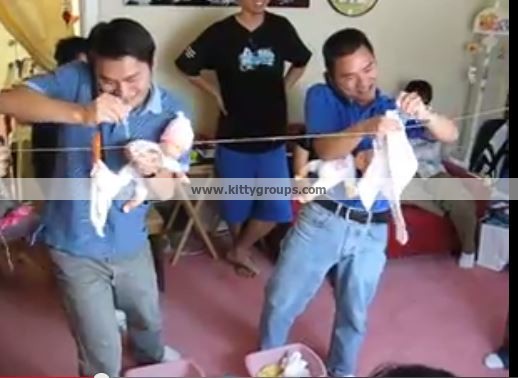 For this baby shower game, you will need a few dolls, strings tied to two walls, clips, bucket and baby’s clothes (nappies, sheets, baby-suits etc. ). When the game begins, the husbands will hold the dolls just like we hold the babies, hold the telephone on shoulders and then they have to hang the baby’s clothes on the string using the clips. This is one of the funniest party games for men. 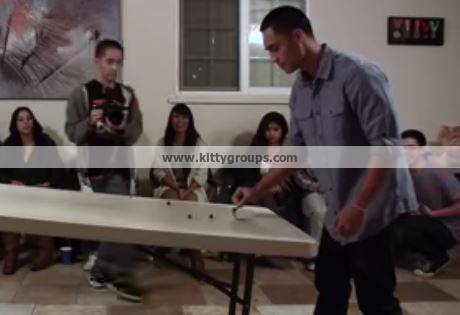 In this game the men have to do the marbles juggling with a spoon. Arrange a smooth surface table and inclined it a bit on one side. Call a boy from each team and give them three marbles and a spoon. To win this game the boy have to balance the three marbles on the table top for a minute. This game seems to be a simple one but is easier said than done.

These were some fun party games for men. I hope this article will prove useful to you and you will have a great time at your couple baby shower. All the Best!