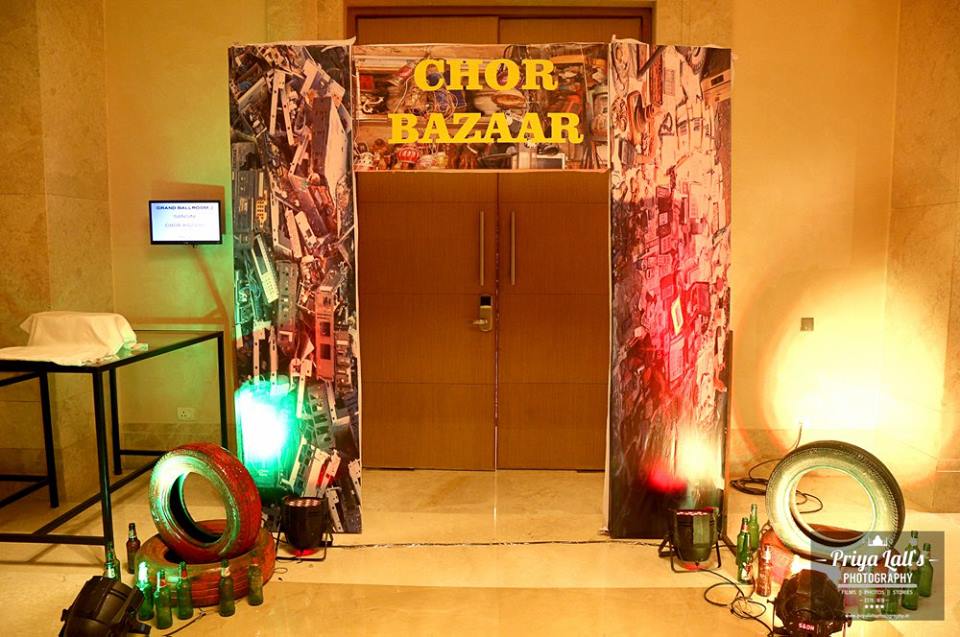 Dress code- All members were asked to dressed in some rapchik chor attire which included denims, shirts with tied waists, hankies on thighs and hats etc. 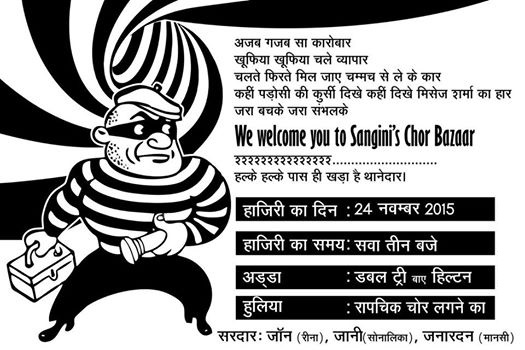 Game 1– The hosts first divided the guests into teams and the team names were chotu hatela, kallu kaliya, chappan takli etc etc and also every member had different names. 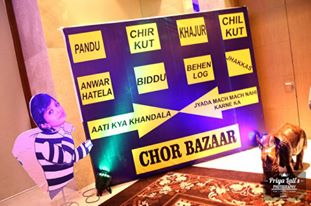 Each team was given money stickers which they has to paste on each team members back. The challenge for every team was to snatch and collect money from other teams. The team which has maximum money in the end will be the winner.

Game 2- Second game was to get the names of each member on a paper. Not their real names, but the names given by the hosts. The team which gets the names correctly in minimum time was the winner.

Game 3- In the third game, every team was given a set amount of money to spend and they had to buy the things from set chor bazar. The team which gets nearest to the given value won the prize. 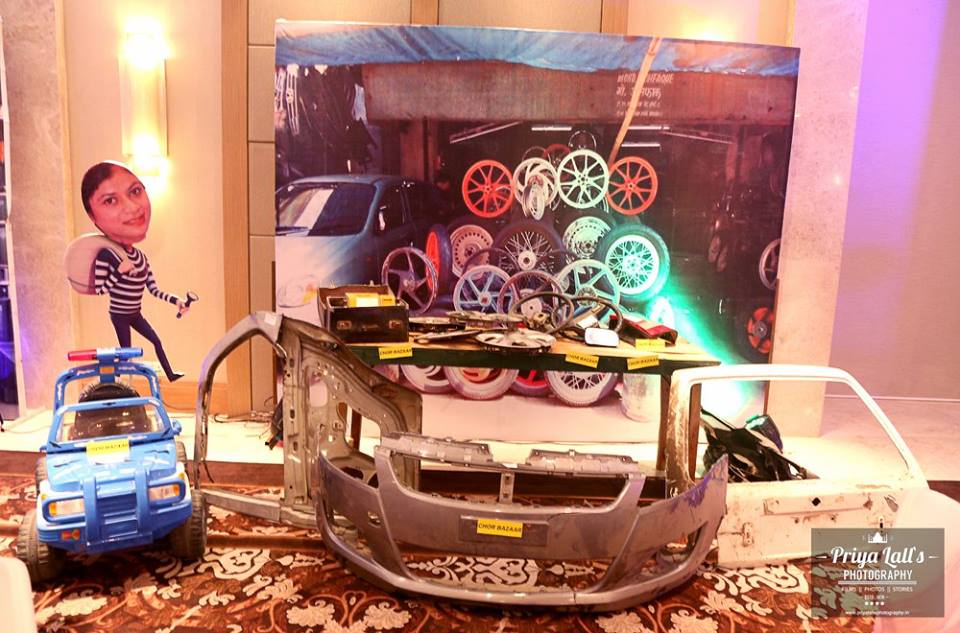 Game 4- In this fourth game, two members from each team were called to play and one of them was made blindfold. On a table there were many items kept, some from antique department, some from garage department, some from electronics department and some from home decor department. The challenge was to keep the items on right place. The blindfold member will pick the item and other member from team will guide her to the way. The team which finishes the task in minimum time will be the winner.

Do let us know if you liked the chor bazaar theme kitty party games and ideas.