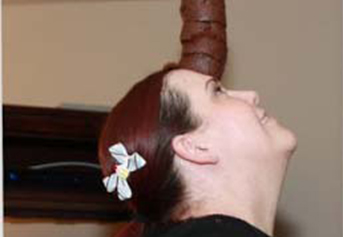 1 Minute Party Games . This is a simple yet entertaining game for the New Year’s Eve party. You just need a few chocolate brownies for this game. Call a member from the team or whatever is your arrangement for the game. This is again a one minute party game and the player will get one minute to complete the game. Player has to make a stack of chocolate brownies over the forehead in one minute to win this game. Player who manage to build the stack with maximum number of brownies will win the game. 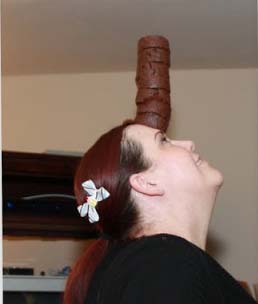 To play this game in your kitty party or any other party, you might need many chocolate brownies or muffins. You can also play this game with some round biscuits, but playing with brownies will be a bit difficult and a game can create fun when it is difficult to play.

Keep your stopwatch ready before you start with the game. You can play this game individually or as a team game. What I mean is that if you have many members in your kitty party, it is always better to divide them into teams. Call one member from each team one by one to play this game. Explain the game to the contestants and start the stopwatch. The player will get one minute to stack maximum number of brownies on their forehead.

You can also keep the game as “player has to stack a set number of brownies (like 6 or 7) and hold it in the place for one minute. Both ways the game is interesting to play. This is one of the simplest and entertaining 1 minute party games to be played in any kind of parties. You can also keep it as a birthday party game in your child’s birthday but make sure that the children don’t eat away the brownies before playing the game. 😀