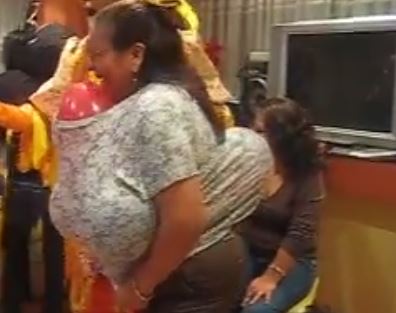 They can insert the balloons in their dress anywhere they want, they can also tie the balloon on their waist, their wrist, hands, head, around the neck or anywhere they want. The main goal of a player should be to shift more and more balloons from one table to the other. To increase the fun quotient blow the balloons as bigger as you can. Bigger are the balloons, funnier the players will look. Do not forget taking the funny pictures of the members playing this game. I have included in the list of hilarious baby shower games as it created a huge fun and laughter in my friend’s baby shower party. However you can always arrange it as a birthday party game as kids would love filling the balloons in their dress. Believe me it is very funny to watch your friends inserting balloons here and there in their dresses and tying them all around their body. They look really funny and hilarious while playing this game.