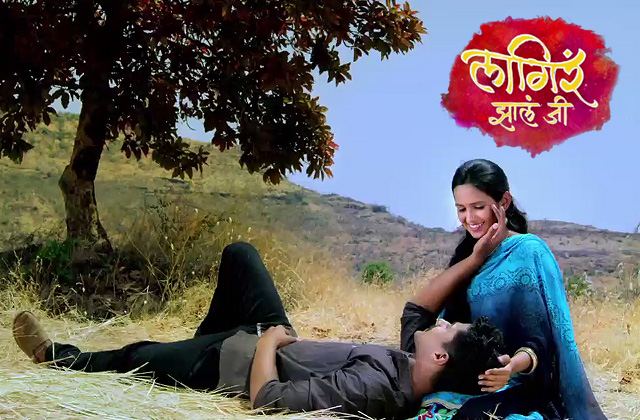 “Lagira Zhala Jee”, one of the trending serials on ZEE5 Marathi, is based on underappreciated sacrifices made by our soldiers. As signified by the title of the serial, it is all about the soldiers’ utter obsession or the passion towards his lover. The word Lagir in the title means attraction toward someone or something for which you can sacrifice your life. It is a rural dialect and is not commonly used by urban Marathi people.

Based on the Chandwadi Village in Satara district in Maharashtra, this Marathi TV serial actually showcases two love stories, one is the Soldier’s love towards the country and other is his love for a girl. How his love for the country and his girlfriend clash is what forms the central theme of the serial. Nitish Chavan plays the lead character Anjinkya Shinde while Shivani Baokar is playing Sheetal Pawar, the love of his life.

But there are some really interesting facts about this show that would leave people surprised. Check out the following list to know them:

While these facts are fascinating, the biggest highlight of the show is the way it explores the life of a soldier. We the civilians never even realize how hard it is for them to leave their families, friends, comfort and even their lives, just to give us the security.

They have to be on their duty regardless of the weather conditions, their health or any other reason. Doesn’t matter if the temperature is below zero degrees or above 50 degrees, they are always on their duty to serve our nation. But except for a few movies, the life of a soldier isn’t discussed much.

That’s majorly why I follow Lagira Zhala Jee as it provides an in-depth perspective in the life of an army man, the challenges he and his whole regiment faces and how they overcome these challenges. The show recently touched the 450 episode mark and going by the ample scope of stories, it shows no signs of slowing down. So if you wish to catch the latest episodes or binge watch from the beginning, you can do so online as Lagira Zhala Jee is also available to watch on ZEE5.

So, have you seen the show? What do you think about it? Let me know in the comments.